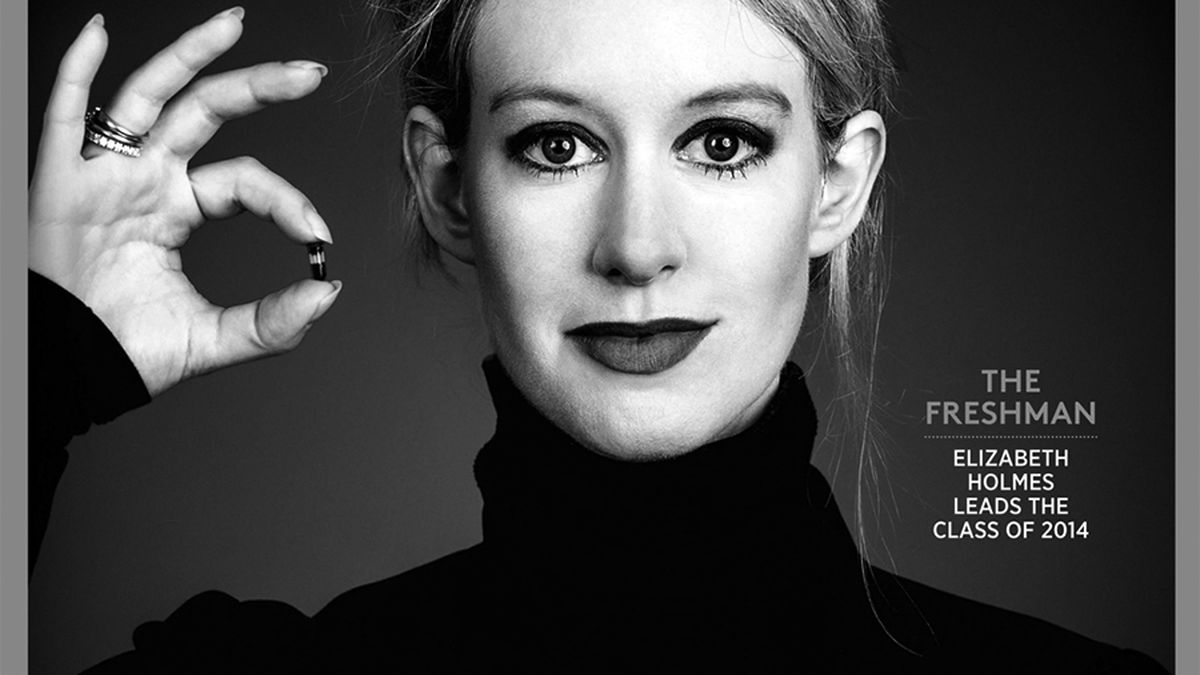 “…the mind trapped in a female body, confined to the realm of appearances, must necessarily atrophy.” Alexander, pp. 40

I came across this quote in my reading today. It is the product of a modern writer’s interpretation of Mary Wollstonecraft’s critique of Rousseau’s plan, or lack thereof, for female education. Jean Jacques Rousseau was arguably one of the greatest philosophers of all time, and was generally admired by Wollstonecraft who traveled to France early in the Revolution to see Rousseau’s concepts of liberty enaction, and yet even this great man believed that reading was a task unfit for the female mind.

I will return to this shortly, but first, I finally listened to ABC’s The Dropout podcast last week. It’s an incredible piece of investigative journalism, and well worth the listen, but since completing the series I have felt vaguely and personally betrayed by Elizabeth Holmes, the young woman at the center of the entire mess. Now, armed with Wollstonecraft and Rousseau and with a lovely Irish day streaming through my window, I finally think I’m ready to confront my discontent.

At age nineteen, Elizabeth Holmes had an idea. A Stanford student, whose very name carries the echoes of a (fictional) genius, filed a patent for a device that would change the world. That in and of itself is not terribly unique, Stanford is a breeding ground for ideas that change the world, but this device was unusual in that Holmes’ patent was for a biotech device. Specifically, her patent was for a microinjection antibiotic delivery device that sounds exceedingly useful but in reality, would never work. When Holmes pitched this device to a female professor, she was told that this device would never work, that antibiotics are not potent enough for microinjections to be feasible, and that she should go back to class.

Instead, Holmes pitched her idea to a male professor in a different department, who signed on with her. Then she went to family friend, also male, and asked for an investment, and then another investor, and so on. She founded a company and dropped out of Stanford in her second year. She realized that the microinjected antibiotics actually wouldn’t work, so she moved onto blood testing instead. One machine, roughly the size of a PC modem, that would take a thimbleful of blood and run over 200 tests on it.

She dropped her voice to a throaty timber. She poached talent from Apple, and took Steve Jobs signature turtleneck while she was at it. She was featured in Fortune and the New Yorker. She signed a deal with Walgreens to put her device, the Edison, in stores nationwide. She and her company, Theranos, were heralded as the future.

Elizabeth Holmes is a fraud in a time when women can’t afford to be frauds.

And here’s where my long-dead philosophers come back to play.

Women have been fighting, successfully and unsuccessfully, for our minds and our rights and our voices, for centuries now and our fight is not over. In the U.S. our payscale is still statistically lower, our reproductive rights are in question again, and men who are convicted of physically abusing us are still allowed to buy guns for reasons no one seems able to explain. Even country music, benign anthem of my childhood and soundtrack to my college days, is showing the cracks of that gender disparity, with Nashville record labels signing women at a fraction of the rate the sign men.

The fight is exhausting.

So to have Holmes, who was interviewed by Former President Bill Clinton and seen proudly showing Vice President Joe Biden around her lab, who was heralded as a beacon of the future, exposed as a blatant fraud is infuriating. Her name was put on a list with Jobs, Gates, and Zuckerberg. Channing Robertson, that Stanford professor who believed in her, compared her to Da Vinci. What has been left unsaid in regards to all of those illustrious names, is that they put in the work.

Gladwell told me when I was fifteen that it takes 10,000 hours for someone to become an expert in anything. Neither the greats who crafted our internet, nor the legends who have defined our culture for centuries, were born that way. They did not wake up experts in their twenties and decide to change the world. They spent hours, days, lifetimes—apprenticeships, midnights coding, classes and tutelage under unnamed masters who nurtured their sparks of talent into true genius.

As someone currently grinding through her 20,000 hours, that’s unforgivable.

2 thoughts on “Theranos and other Lies”