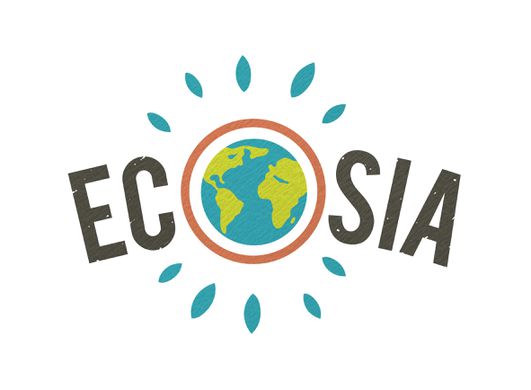 Last week, a ticker that I watch count up every day put 7 zeros and a 5 on the board. 50 million trees planted by groups all over the world. The ticker is on the home-screen of Ecosia.org, a search engine that I’ve had installed on my computer since last year. This company devotes the majority of its ad revenue to planting trees, giving users regular updates on tree-projects, affiliated groups, and financial reports in a refreshing stab at corporate transparency.

By the time this is posted, they will have broken 50,800,000 trees planted. By the time you read this, the number will be even higher.

It’s another tree every second—a solid grove every minute, acres covered every day. By Ecosia’s calculations, as of the 50 million mark they had removed 2.5 million tons of CO2 from our atmosphere, and covered almost 150,000 acres in trees. They’re big numbers, impressive statistics that feel like they could change the world.

In a time when an actor stages a hate crime as a publicity stunt, and jeopardizes real societal progress, when a man trained and paid to guard American waters is caught with a weapons stockpile and a manifesto, when my national leaders seek to turn my state’s border into a nightmare out of Gordimer’s bedtime story, when the reality of rising seas and burning skies is actively disputed by the most powerful man on earth—I take comfort in the Ecosia ticker.

I take comfort in the steady, upward count. In the knowledge that somewhere there is at least one international company devoting their profits to safeguarding our planet.

The one we inherited. The one we’re currently borrowing. The one that will survive us, even if we don’t survive it.

50 million trees is not enough, but it is something. It is a start, a kindness, a promise to be better than we have been. It’s an olive branch planted for those who have not yet been born.

They will judge us, those children born into the world we will leave behind. They will see the ignorances we nurtured, the cruelties we tolerated, the liberties we took, and they will have hindsight’s clarity. Their scholars will pour over our lives, more information than human history has ever dealt with before.

They will write our flaws into their fiction. Today will become the backdrop for period dramas—think of the overblown racism in Mississippi Burning, Selma, The Help, BlackkKlansman, Green Book, Doctor Who’s “Rosa” episode. Think of the impotent anger at figures who are fictional, dead, or both, but also so very, very wrong.

We will become those backdrops. Our lives will become the foils for brave, ahead of their times, protagonists. Activists, lovers, politicians, protesters. History will remember us as the jeering mob, the faceless mass swirling around the focal point. Around the people that history, our children, will deem worthy of specific, glorified remembrance.

Our society will be weight in the scales and we may well be found wanting.

But we’re also not dead yet. Climate scientists debate when exactly we will pass the brink, bit most seem to think that the brink is still approaching rather than behind us. There is legislation, too ambitious to pass as a whole, but divided piecemeal it might have a chance and will make a difference. There is more diversity in American government than ever before—and the corridors of power will only grow more so. There is an international company planting trees all over the world.

There is so much that we are getting right, little by little. Now is the time to brace ourselves and sink hands deep into this rich earth, and plant trees that we might never see bud. Not because we want the trees, but because our children will need them.

One thought on “50 Million of Anything is Something”